Nowadays, if you decide to stop at a shopping mall, you will find various shops that will sell the new tea trends: boba milk tea or cheese tea. This unique way of serving tea is not only famous in Indonesia, but it takes the entire world by storm.

While cheese tea is a rather newcomer, bubble tea has actually been around for a long time now. However, the history of bubble tea by itself is covered in mystery–well, not exactly a mystery, because there are 2 conflicting histories about Boba itself.

And today, we are going to learn more about the history of those two new tea trends! 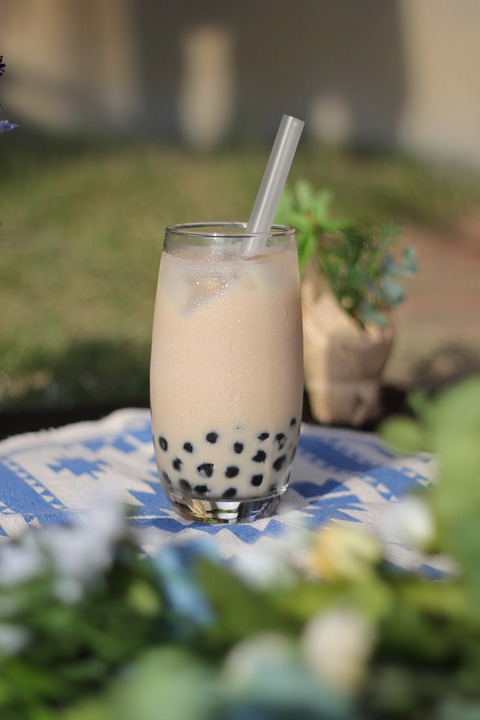 When people talk about boba milk tea, they are talking about a modern take of tea as a beverage. Basically, it is a combination of tea and milk, with a “topping” of tapioca balls on the bottom of it.

The first history for this new tea trend takes us back to 1986, in the Hanlin Tea Room of Tainan, Southern Taiwan. There, Tu Tsong-He added tapioca balls to his milk tea. Because the tapioca balls were colored white, it looked like pearls, thus the name “pearl milk tea” was born. Later, the tapioca balls switched to the commonly seen bubble tea in Taiwan: black.

The second story has a 2 years gap from the first story, in 1988. In the middle of Taiwan, Lin Hsiu Hui from the Chun Shui Tang teahouse was having a meeting, and she poured her fen yuan (tapioca balls) to an iced milk tea. Everyone loved her invention and they started to sell it on their tea house and the rest is history.

There is no clear answer as to who first invented the new tea trend of boba milk tea. However, we all can be sure that the fad is not going to go away soon. In every part of the world, more and more tea shops that specialize in boba milk tea keeps popping up.

If the history of boba milk tea is vague at best, cheese tea’s history is… cheesy.

The history of cheese tea as the new tea trend starts in the street stalls of Taiwan around 2010s. Back then, there was a Chinese entrepreneur called Nie Yunchen that opened a tea cafe called RoyalTea (皇茶) . The cafe would soon became famous for their iced tea beverages with various flavors from oreo cookies, strawberries, or even tapioca.

However, their secret weapon would prove to be their most famous invention. With every drink, RoyalTea would put a thick and frothy topping with New Zealand’s cheese and milk to create a blend of savory and sweet taste that upped the taste of each drink.

Even though they are considered as a newcomer as the new tea trend, cheese tea is also here to stay. Many people really like how the savoriness of the cheese adds the taste to the already-sweet iced-tea.

And the good part?

You can still put tapioca pearls on the tea!

That is the short history of the new tea trends. Which one is your favourite? The sweet milk tea and the chewy tapioca? Or you prefer the savory and sweet combination of tea and cheese?