With Thanksgiving’s vibe still in the air, it might be a good idea to try doing some fun Thanksgiving activities with your kids. Even though there is no history of Thanksgiving in Indonesia, doing these activities once in a while will feel refreshing.

This time, we have 4 fun Thanksgiving activities you and your kids can enjoy, and those are:

With finger puppets, you and your kids can make up many stories about the life of the puppets. If you don’t have any idea what kind of puppets you want to create, TheAlisonShow.com partnered up with Caravan Shoppe to make some printable finger puppets. The one from Alison has 6 animals: a purple rabbit, green hippopotamus, blue elephant, orange fox, gray raccoon, and brown deer.

You can create a lot of situations with the characters that can sharpen your kids’ empathy, tolerance, or even their thinking ability by creating a puzzle story.

To create this turkey origami, you would need two square paper (preferably colored). Below are the steps to make the turkey:

Below are the steps in picture, courtesy of Origami Resource Center. You can also find many other origami trips on their site. 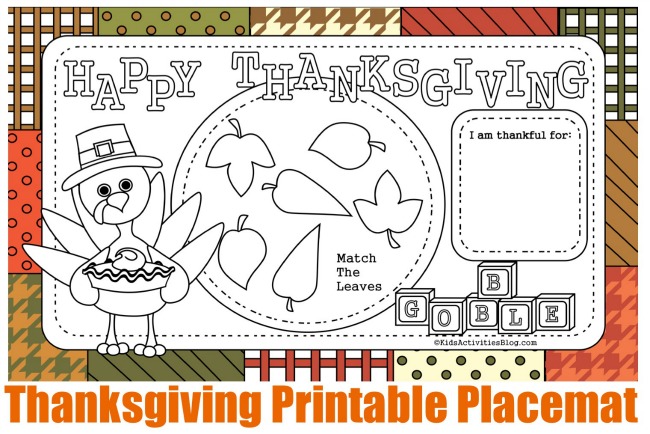 If your kids usually do their coloring with crayons, maybe it’s a good time to try some other way to colors. Teaching them to use watercolor paints is a good idea, or you can also experiment a bit by using oil paint.

While we say you would need to prepare your autumn colors, you can actually let your kids go wild with this coloring pages. If your kids want to color the pumpkin blue, you can let them do that. However, you should also told them the real color of pumpkin so they don’t get confused. At its core, Thanksgiving is a day about being thankful, and there is no better way to be thankful than saying that expressing the feeling of thankfulness. If you think saying thank you cannot be a fun Thanksgiving activities, you are incorrect.

The key is letting your kids to do what they want, and only that way can you feel their most sincere thanks. So have a great thanksgiving!