December 21st is also known as the Crossword Puzzle Day. In 1913, it marked the first time in the history of crossword puzzles that the puzzle is printed in the newspaper called World. The first person to devise the puzzle was a Liverpudlian that goes by the name of Arthur Wynne. Suddenly, the puzzle became so famous that it turns into a weekly feature.

When it first appeared, the name of this puzzle was “word-cross”, then evolved to “cross-word” before finally the hyphen was dropped. Despite the popularity of crossword puzzles, until 1924, World was the only paper that printed the puzzle, before a newly established publishing house made a compilation of the puzzle in a book form. Needless to say, the book is a success and turned the puzzle into a craze.

The Real History of Crossword Puzzles?

Despite Arthur Wynne being credited as the “inventor” of crossword puzzle, the real history of crossword puzzles is really murky at best. If we want to stretch it so far, we can say that crossword is an evolution of “word squares”, a special type of unique poem that consists of a set of words written in a square grid. The words can be read horizontally and vertically.

We can track the history of word squares back to ancient times, which is a Sator Square. Sator Square is a 5×5 square made up of five words that each contain 5 letters. The Sator Square was found in the ruins of Pompeii. More specifically, at Herculaneum, a city that was buried in the ash of Vesuvius mountain in 79 AD. The square consists of 5 words, which are: “Sator”, “Arepo”, “Tenet”, “Opera”, and “Rotas”.

In modern times, the history of crossword puzzles is also disputed. Other than Arthur Wynne in 1913, it was said that similar puzzles were included in The Stockton Bee in 1793 to 1795. The phrase “crossword puzzle” itself was first coined in 1826 by Our Young Folks. There was also a crossword puzzle that appeared in an Italian magazine called Il Secolo Illustrato della Domenica designed by Giuseppe Airoldi.

However, at the end of the day, none of them actually have most of the features found in the modern crossword puzzles. That is also the reason why Arthur Wynne who created the “word-cross puzzle” later in 1913 is cited as the “inventor” of crossword puzzle.

The Growth of Crossword Puzzle 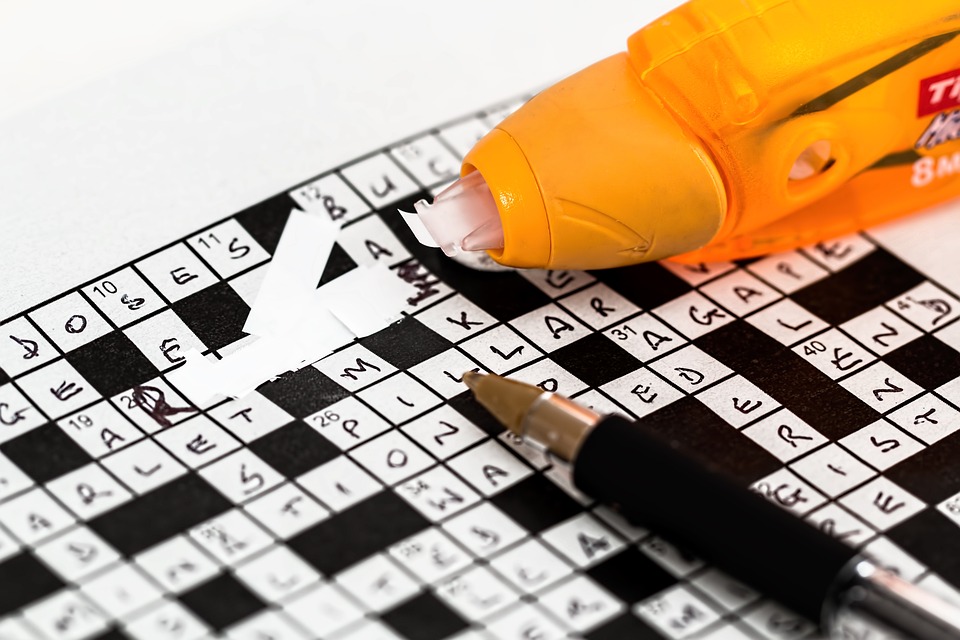 In the early 1920s, many other newspapers followed in World’s footsteps by picking up the craze of crossword puzzles. Almost 10 years after its birth in New York, crossword puzzles finally assume the form it is most familiar with, and started its expansion outside of New York to cross the Atlantic.

In 1922, Pearson’s Magazine was the first one to write the history of crossword puzzles in Great Britain. Later, Times also published their first crossword despite the 8 years gap from Pearson’s Magazine. However at this time, the British puzzle has evolved and set itself apart from the American style puzzles.

The British puzzles had developed their own style that is much more difficult compared to the original variety. Later, the style is known as “Cryptic Crossword”, and started to gain massive popularity.

Above is the first crossword in the history of crossword puzzle created by Arthur Wynne. Can you solve it? Here are the clues to finish the crossword!